This Pit Bull Loves Cats, So His Human Surprised Him With A Kitten Of His Own

Times can get pretty lonely when you’re an only child. At first, it’s awesome to get all of the attention, but after a while it’s nice to just have someone else around. Some kids get jealous of their younger siblings when they’re welcomed into the world, while others absolutely adore them. This Pit bull, named Bubba, feels the latter. 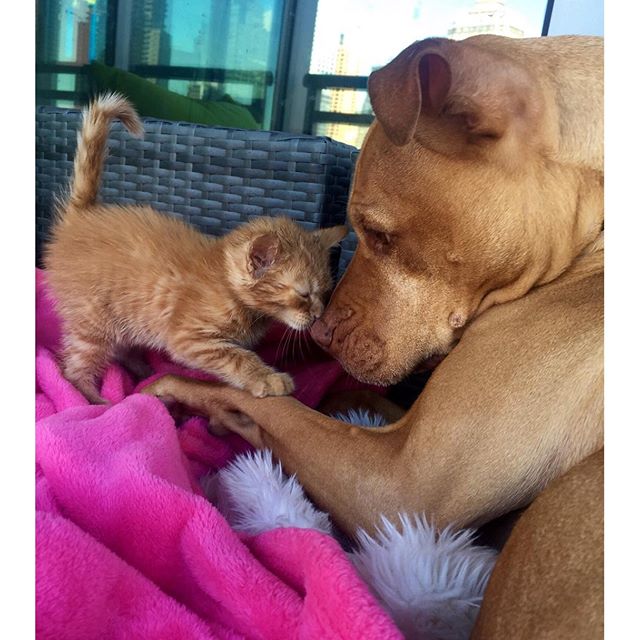 His human surprised him with a new baby kitten sister, and he was thrilled! Bubba was adopted from a shelter in Phoenix six years ago when he was just three months old. Ever since then, he has always loved cats and got along with them so well. Since she knew his affection for cats was so great, she decided that she had to get him one of his own. 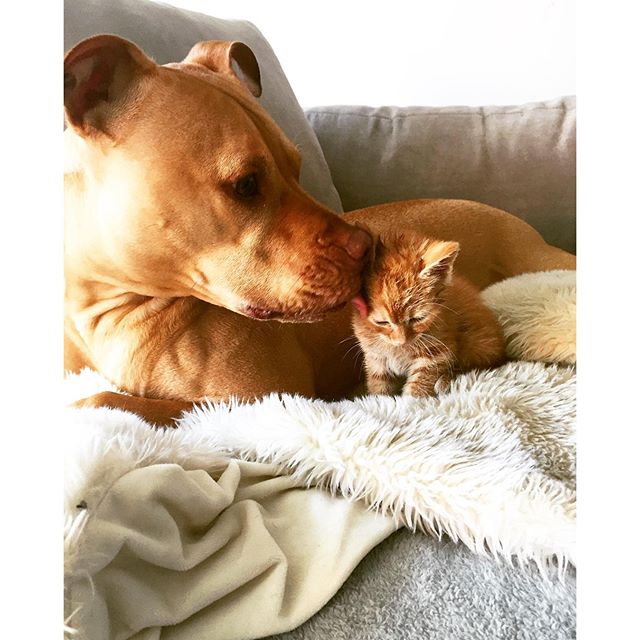 Enter Rue, an adorable little kitten who was rescued from a shelter in Brooklyn. She is a beautiful caramel color, just like her big brother, but it was entirely a coincidence. They are both adorable to begin with, but the fact that they have identical coloring just makes it even better! 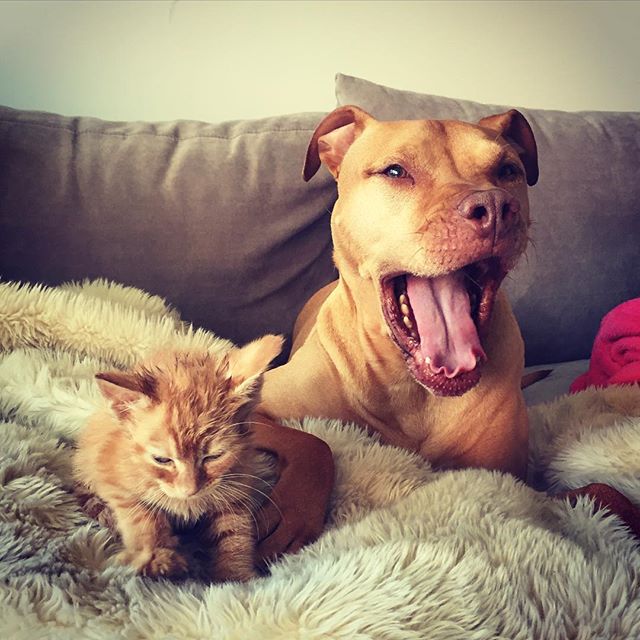 The second Rue got home, Bubba was so excited. He was playful with her, yet very gentle. It’s like he knows that she is just a baby. The two warmed up to each other very quickly, and it didn’t take long before Rue was climbing on Bubba and sleeping with him. 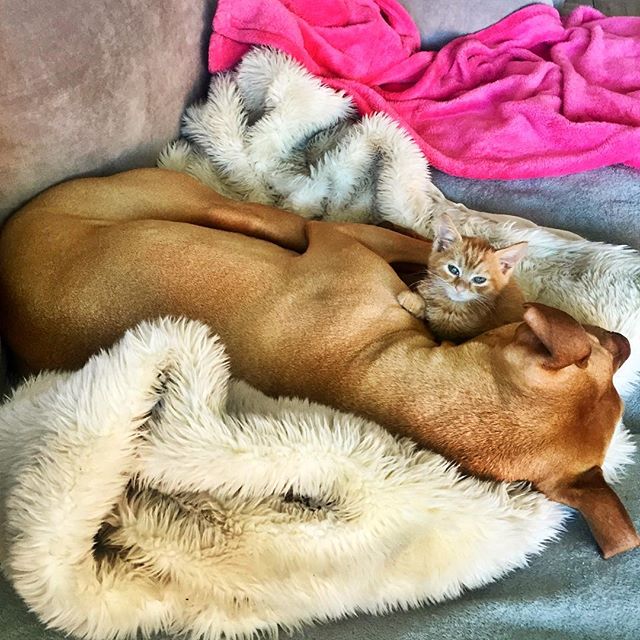 Now, the two are inseparable! Their owner believes that Rue thinks Bubba is her mom. Bubba does act like it toward Rue and is very protective of her. He makes a great big brother! I think these two are the cutest sibling duo I’ve ever seen!

To see more photos of Bubba and Rue and to follow them along on their journey, you can check them out on their Instagram! 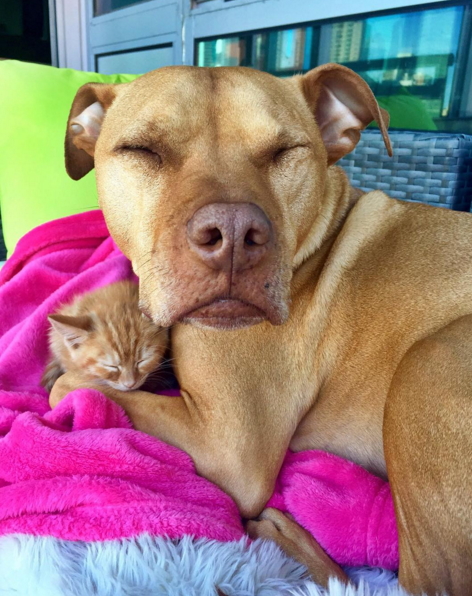 Tags: So His Human Surprised Him With A Kitten Of His OwnThis Pit Bull Loves Cats 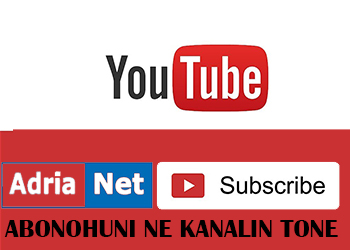